The Vietnamese government has been in the process of privatizing 100s of state-owned enterprises (SOEs) to increase competition and foreign capital investment. The second largest mobile network provider Mobifone, spun off from VNPT (parent of Vinaphone) in 2014, is one of the most anticipated SOEs to be privatized. Mobifone is currently in the process to complete a sale of its shares by 2018. Vinaphone’s parent company VNPT is also set for privatization with completion set for 2019. The privatization of telcos will open up the opportunity for more diverse leadership and shareholders to introduce new management strategies and foreign best practices to Vietnam.

It may come as a surprise but mobile phone subscribers in Vietnam can’t sign up with a different mobile provider and take their current phone number with them. This causes people who want to keep their phone number to be stuck with a provider with subpar customer service and network quality. Fortunately, the system to support mobile number porting is currently being implemented and tested by the major mobile providers with completion set for the end of 2017. This is a big first step to give consumers more choice and freedom in choosing a mobile provider. Mobile providers will be forced to engage in new strategies to retain current customers and attract new customers.

The biggest change to the telecom industry in Vietnam is the 4G LTE network launch during the first half of 2017. Four mobile providers currently have 4G LTE service licenses provided by the Ministry of Information and Communications (MIC). Only the three top providers listed above have launched 4G LTE service. Viettel is leading the way with an impressive nationwide deployment of 36,000 4G LTE sites in only six months. Overall, 4G networks in Vietnam cover over 95% of the population.

In a country that has a strong prevalence and reliance on Wifi connections at cafes and restaurants, faster reliable cellular connections have the potential to empower and change this behavior with time. Over-the-top (OTT) messaging services such as Zalo, Skype, and Facebook’s Messenger allow us to call and video chat with our friends anywhere we have a strong internet connection. This is now possible more reliably everywhere in Vietnam with a 4G LTE sim card and compatible phone.

The launch of 4G LTE is a win-win-win for all parties. For consumers, we have a reliable fast internet connection everywhere when we need it. For mobile providers, launching and maintaining a 4G LTE network is far cheaper than a 3G network. It’s one of the main reasons some major mobile providers around the globe pushed deployment of 4G networks so quickly. For businesses and entrepreneurs, 4G LTE opens up a whole new world of operational efficiencies and new product opportunities.

Several sectors such as education, healthcare, tourism, agriculture, and manufacturing stand to benefit from a 4G LTE network. The ability to serve schools in rural communities with cellular enabled tablets is the first opportunity that comes to mind. Imagine empowering a child in the countryside to access educational content in their own homes. Envision people in rural communities with the ability to communicate and seek help from medical professionals in bigger cities such as Saigon, Hanoi, and Da Nang.

Beyond cellphones and tablets, the opportunity to build smart connected devices to support business and smart city operations in Vietnam are limitless and more affordable to maintain. For several years, the term “Internet of Things” (IoT) has been growing in population. IoT devices powered by cellular networks is nothing new as there have been cellular connected devices that have been in use for 20+ years around the globe such as remote monitoring of electric usage meters implemented by energy companies. What’s new is the growing global infrastructure and suite of development tools that lower the barriers to entry for anyone to join in and experiment with connected devices.

The areas that I believe stand to benefit the most from an “IoT explosion” in Vietnam are agriculture, manufacturing, and smart cities. Here are scenarios for each:

In agriculture, utilizing sensors and internet connected equipment can enable farmers the power to gain real-time data about their operations to aid them in making decisions that can improve their crops and reduce waste.

If you ever walk by a major intersection in Saigon during peak traffic times, you may see a traffic operator on the side of the road controlling the stop lights with a control panel. Now imagine a system that utilizes cameras and sensors to learn traffic flow and make smart adjustments throughout the day to improve traffic flow and safety.

With a large community of young tech talent, growing entrepreneurial ecosystem, and central location in Asia, Vietnam is in a strong position to play a part in the IoT growth around the globe. Mobile network providers will also need to play their part in supporting and building the ecosystem to help people create new connected devices that function on Vietnamese networks and on cellular networks around the world.

Connect with me on LinkedIn.

Hi! I first decided to make Delightful in 2014 while I struggled with my anxiety & depression about the future. I was in Mexico visiting my father after quitting my 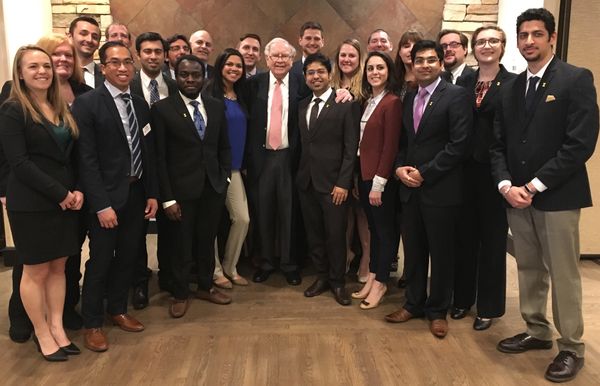 Warren Buffett truly embodies emotional intelligence and empathy. In April 2017, my MBA program at the University of Iowa gave me the opportunity to spend time with Warren Buffett in